“Phòbos and Deimos”: the twins of greek mythology, symbiotic key points of this exhibition, the two sides of the same coin. Sons of Ares, the god of war, and Aphrodite, the goddess of love, they represent two different shades of fear, while still preserving the ambivalence of the concept. As a matter of fact, we find everything that scares us both repulsive and appealing: the ambiguity of our reaction gives us the perfect chance to shed light on the inner workings of the mind. Thus, the author conceived this project both for himself and for the audience, as a way of initiating an inner journey which will lead us to discover the hidden corners of ourselves.

It’s in the term “phòbos” that the contemporary word “phobia” finds its root:  in clinical psychology, it indicates a type of anxiety disorder defined by an excessive fear, that can’t be controlled in any way. Phobic people, even if aware of their unreasonableness, fail to react in a rational way when exposed to the trigger stimuli: their natural tendency would probably be to flee, trying to remove the situation from memory. It seems that the photographer, through his composition, wanted to prevent the observer from exercising avoidance coping; instead, he pushes them right against their limits, their very sources of distress, creating a constant exchange between viewer and image.

In the first part of this photographic story (Phobos), the colour yellow takes the main stage in all its nuances: nonetheless it’s interesting how this was the main tint captured by the lens, since it can be considered the quintessential symbol of madness and psychopathology in art. At the beginning, it’s present in the form of a flash, a pulse; then it gradually gathers up strength, becoming more and more prominent, until it takes up most of the field. Despite the cromatic consistency, the surface is far from being “flat”: there are a lot of scratches and splits, to such an extent that you could think you’re looking into a broken mirror. This ethereal background, which might be a vague reminder of Klimt’s golden phase, is nothing but a perfect metaphor for how deceptive and unreliable human appearance is.

After reaching the peak of its aesthetic potential, yellow tones start to warm up and the atmosphere tends to darken, bringing out bursting grays, whites and blacks. The composition gets essential and the shapes, which were previously just sketched out, become fundamental to expose the second key point of our journey: Deimos. The battle moves from the inside to the outside, shifting from a subjective point of view to a collective one. What’s the worst and greatest horror of humanity? War. And this is the moment the pictures reach their peak expressive force. A skull, a cross, a desert: all these symbols remind us of death and are highlighted by hints of bright color, especially red shades, an additional indicator of blood and fire.

The final picture definitively depicts the ambivalence that’s being accompanying the viewer since the beginning: a lonely environment, detached from all the rest, leaves you with a strange mix of peace of mind, melancholy and hope.

“Phòbos and Deimos” is to be considered a natural continuation of “Dystopia”, a previous work of the artist, since it extracts from the world the worries we feel before the same undesirable, dystopic futures. 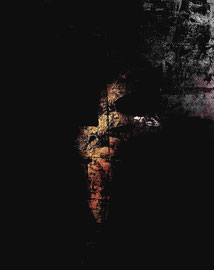 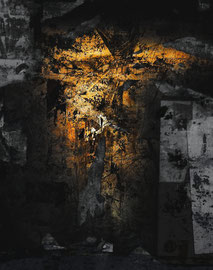 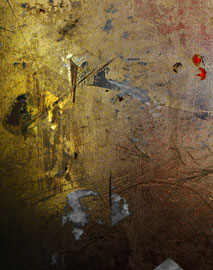 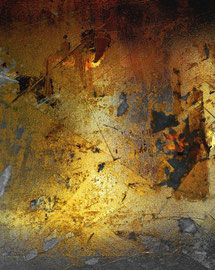 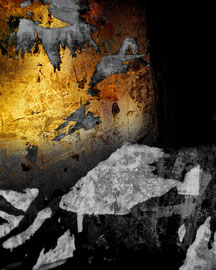 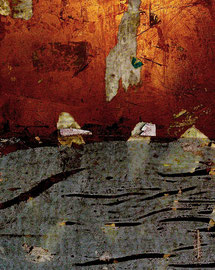 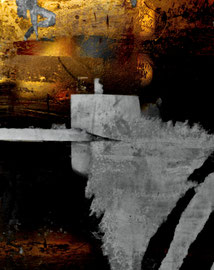 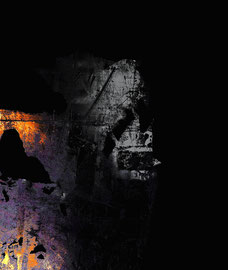 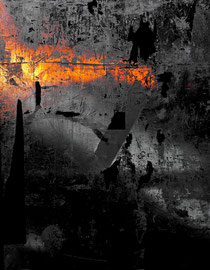 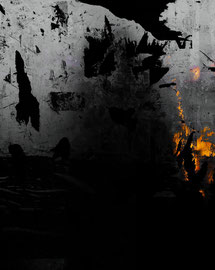 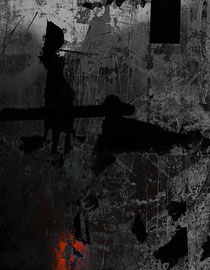 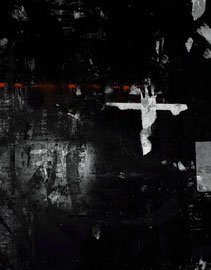 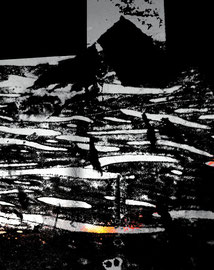 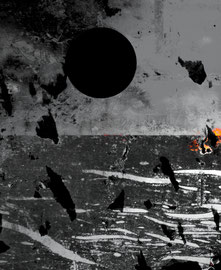 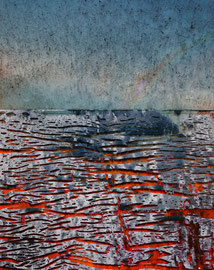